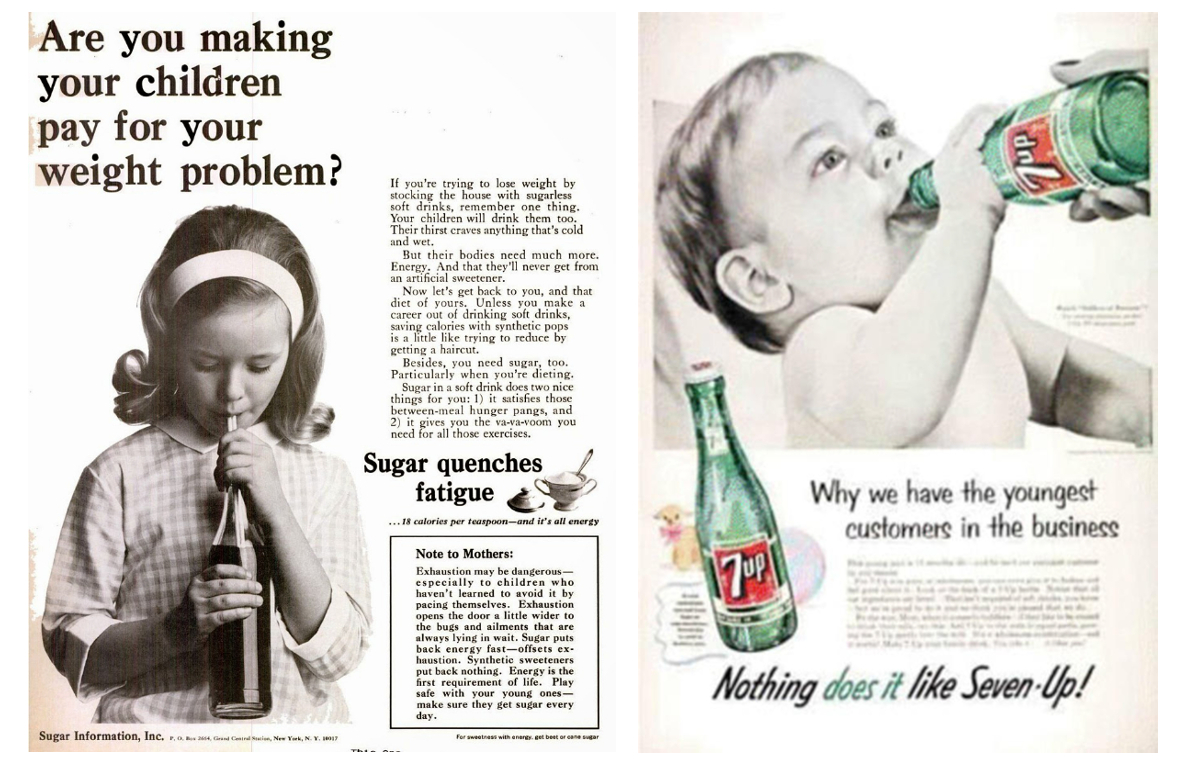 The 1960’s was considered the Golden Age of Advertising. Masterful creatives that compelled consumers and culture.

The problem? What they pushed to the world was whack.

The advertisements themselves was a work of beauty. But ethically, messed up.

80 years later I’m flabbergasted that when I was 9 years old reading the front and back of a cereal box, that I thought in my heart of hearts that I was being healthy.

All while being healthy. I was proud of that.

⛔️ Net-Negative DTC: Brands that promote products and lifestyles that lead to worse outcomes for the health of one’s body, mind and spirit.

✅ Net-Positive DTC: Brands that promote products and lifestyles that lead to extraordinary outcomes for the health of one’s body, mind and spirit.

One trends towards hell on earth, the other heaven on earth.

In this case, intention doesn't matter. Some brands are unknowingly promoting products and indirectly a lifestyle that is producing worst outcomes for people whether it's one's body, mind or spirit.

For example take Oatly. They sell an alternative to milk. Vegan, plant-based milk alternative made from gluten-free oats. Sounds great from their intentions.

The concern is there's a key ingredient that's so small on the ingredients label yet sinister.
‍

In a nut shell the dose of vegetable oils (also known as seed oils) have had worse-outcomes for health.

Take this graphic below we mocked up for Zero Acre Farms, a cooking and dressing oil alternative.

For just 5 tablespoons of corn oil, the average consumption in America, is the equivalent of eating 98 ears of corn.

Intuitively, eating 98 ears of corn does not seem like a good idea. Eating an ear of corn even several ear of corns, it seems inconsequential.

But 98 daily becomes the same.

With all seed oils, the dosage is discreet but looking behind the curtain it can be counter-intuively harmful.

And it's not just Oatly. Most processed packaged foods include these seed oils today.
‍

Jeff Nobbs who founded Zero Acre Farms is on a mission to replace seed oils with an oil alternative made from fermentation. That to us is a net-positive DTC Brand. Consumer sales while also tackling a bigger mission of replacing seed oils in processed foods, restaurants and grocery stores around the world with healthier alternatives.

See Jeff's Article Series on how vegetable oil impacts our health and our planet.

Now just how much net-positive impact can a DTC brand have?

If that were the case…

Yet we all know it’s not the product that makes brand, it’s the mission, the values, the magic of storytelling that compels people to move.

And hopefully the goal is that those beliefs serve us more than they harm us.

We’re aiming to relaunching a Golden Age of Advertising.

This time instead of pushing stuff to the detriment of people, it’ll be for the better.

Founder and CEO of Combatant. When he’s not obsessing about Ecommerce, growth and marketing, he’s into: Longevity, Jiu-Jitsu, MMA, books on classics, business & marketing, and biographical stories. His vice is chocolate desserts and snacks. He's a Los Angeles, California native and currently lives in San Diego, California.  Kenny gives his thoughts a place to live at at kennyhoang.com. Connect with Kenny on Twitter.